Located in the heart of the popular Asakusa district, another honored OG yoshoku restaurant referred to simply as Yoshikami (ヨシカミ). Few may know that they've often been a consultant to the Japanese 2002 hit drama series ランチの女王 (Lunch no Joō) - Queen of Lunch. A link to their website here and restaurant's blog here. 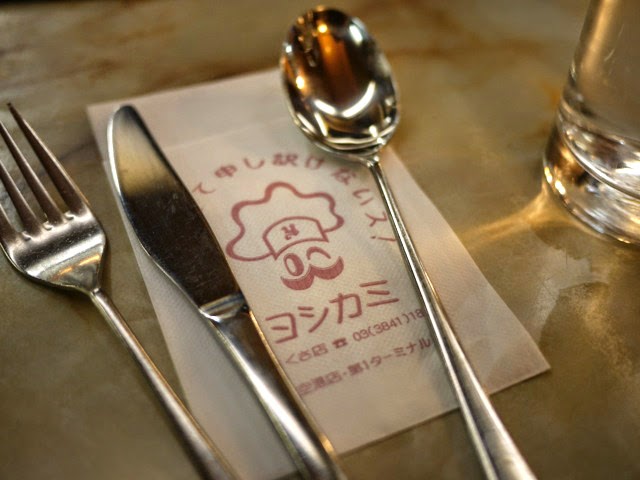 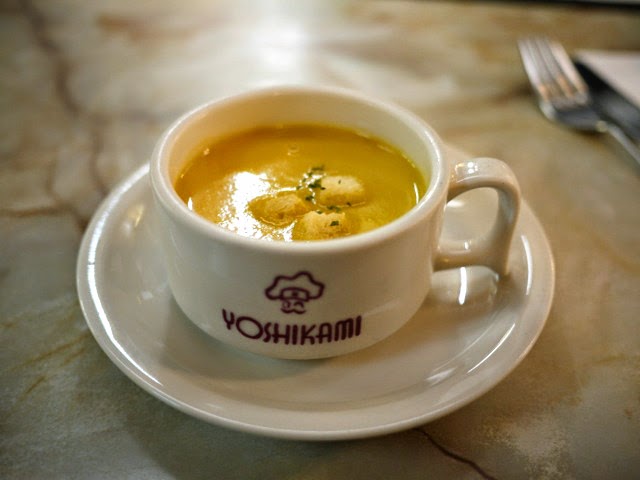 Old Japanese yoshoku spots give me the crazy warm fuzzies and I always look forward in dropping in for a meal, but to also soak up the great atmosphere. Maybe equivalent to how American coffee/breakfast diners can evoke a sense of comfort and nostalgia. While scratch made Demi Glace (that can take weeks to prepare) isn't anything rare in fancier restaurants, in commoner yoshokuya's they definitely are and what my personal noted aspect of where I divide the good with the greats. 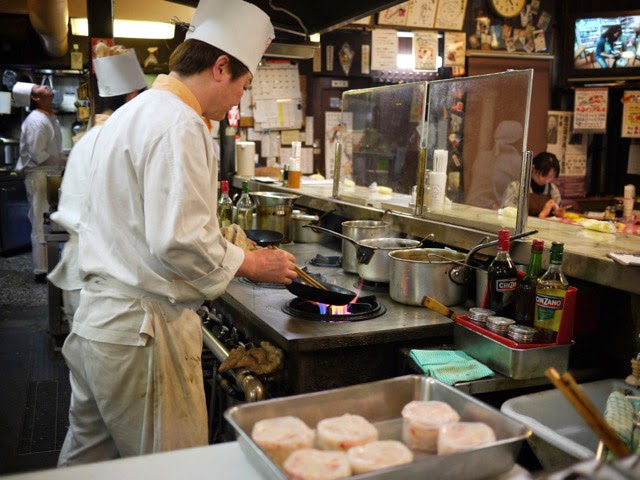 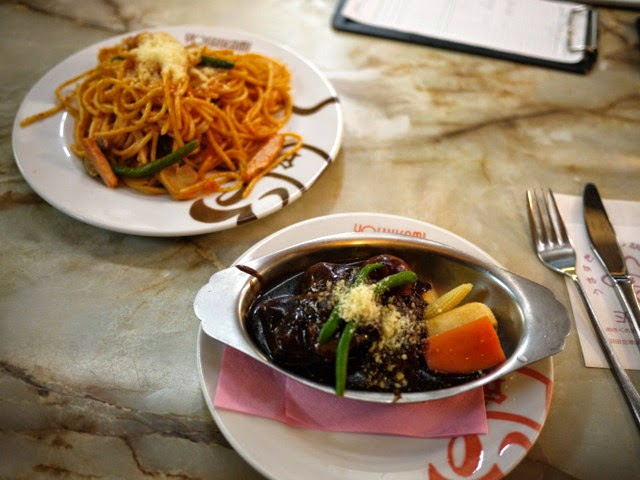 An establishment can easily spend money on gourmet ingredients and in turn charge a premium. But to offer something great while also affordable, this takes an extra leap of virtuous effort and no less shortage of love. I feel this spirit still lives in Yoshikami.

If you ever make it here their Beef Stew which makes extensive use of their labor-of-love Demi Glace is a high recommendation. Luckily it was Monday when I visited where a combination special of half-order of stew and plate of spaghetti Naporitan was available. As for the stew, the extra large hunks of beef are a serious melt-in-your-mouth tender, but as important the demi glace based stew incredibly rich, smooth and deep in flavor that is surprisingly also the least cloying. The half order disappears in front of me in no time. Makes me really want to try their Hayashi Rice some day. 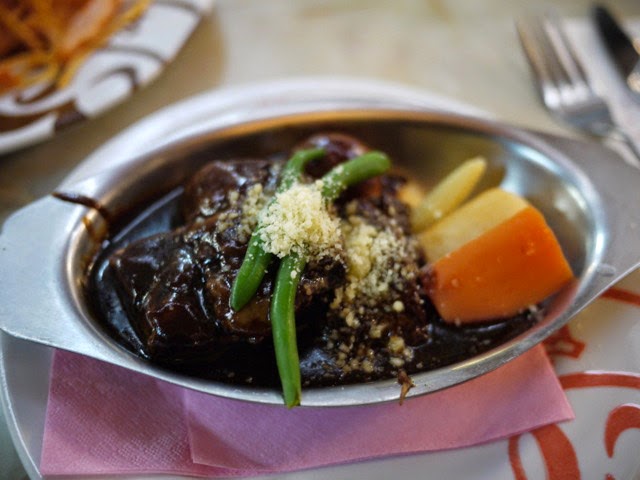 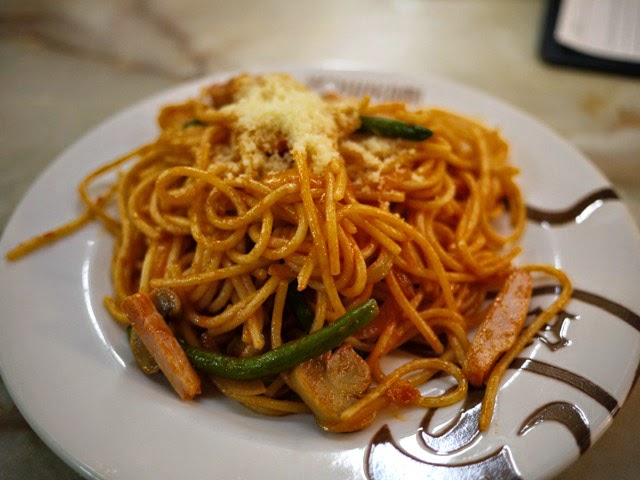 The Naporitan tossed in expert, almost militant precision by a seasoned chef was also delicious in its own humble rights. Ingredients were onions, ham, mushrooms (canned) and green bean. Had a great sear (シャツに飛ばない系。。) and a nice rounded flavor. Yoshikami was recently featured on the show Solomon Ryu (ソロモン流) and so I now know that a little white wine and steak-shoyu is also used as a kakushi-aji (hidden flavor ingredient). 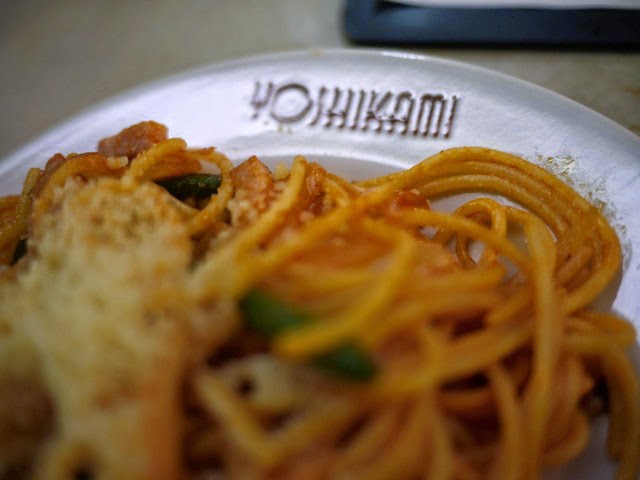 The corn pottage soup pictured earlier as well as coffee and ice cream is also part of the set, but I either passed or forgot to take a photo of the ice cream. Probably because I was stuffed from the Kani Cream Korokke  (crab cream croquettes) that I had also ordered, ha. These were a pure joy as well. 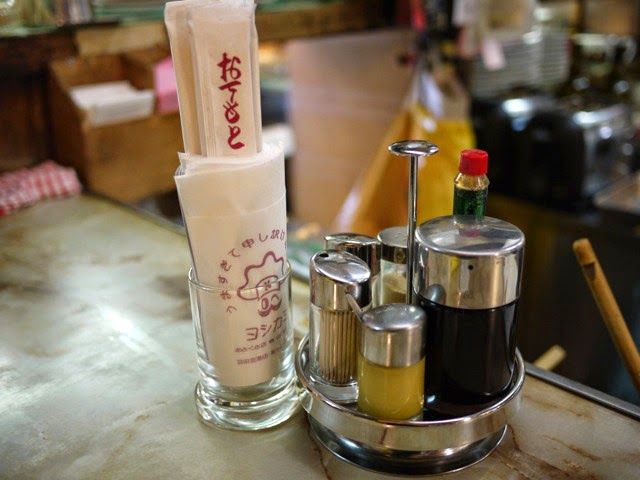 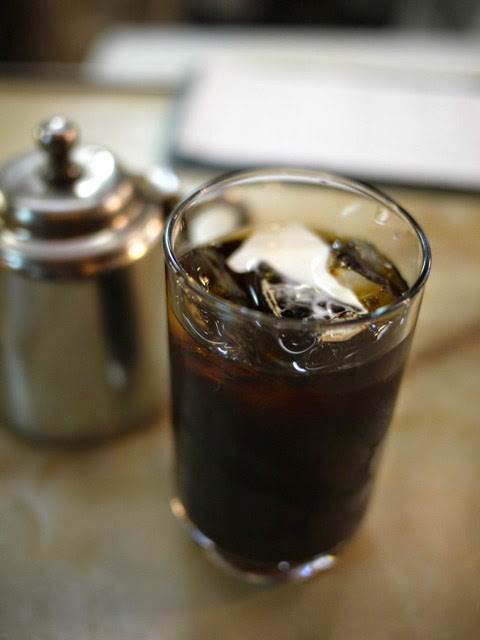 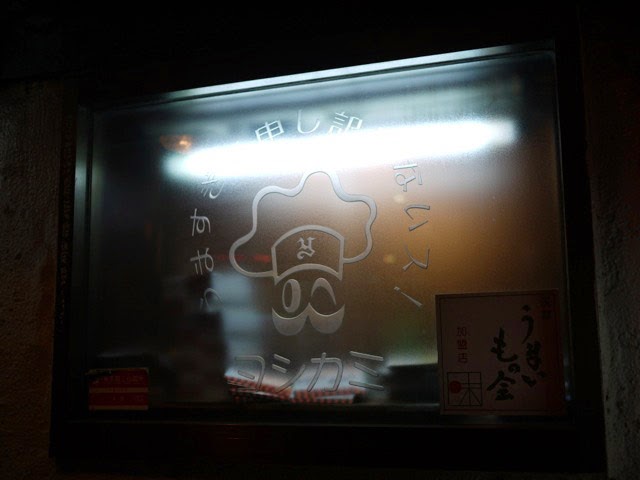 Doing the basics right and to do it consistently -- the simple old concept never been so delicious. 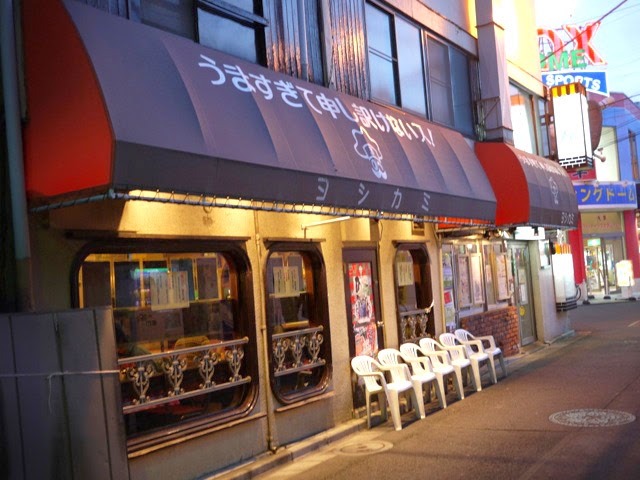 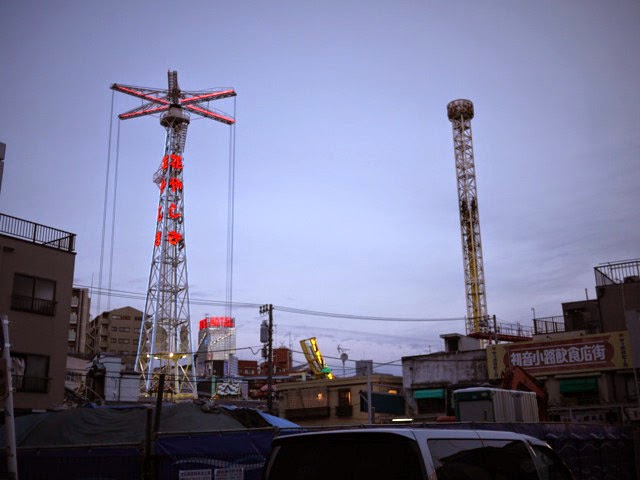 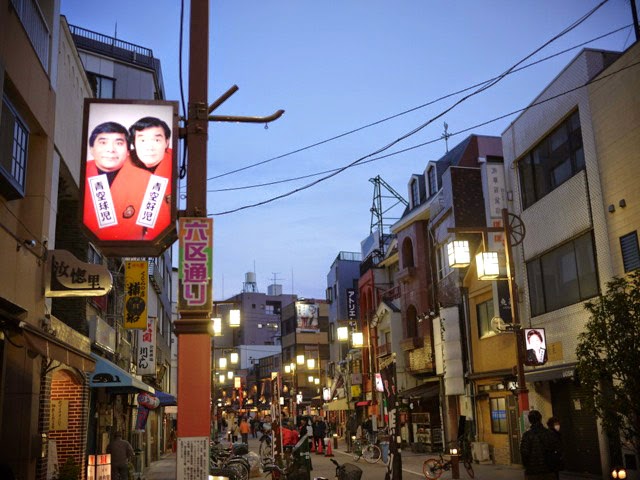 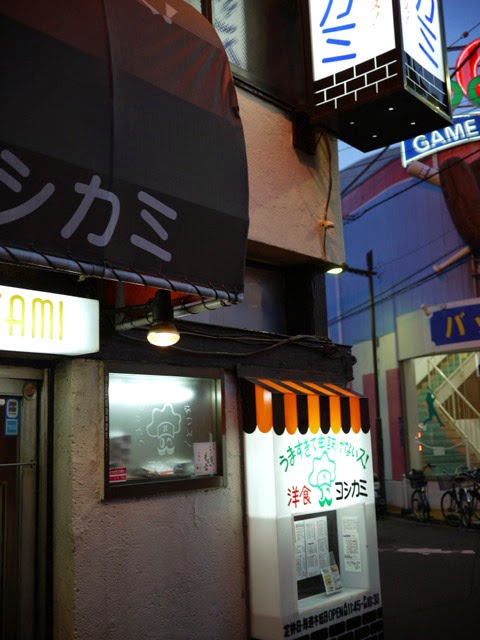 I just had their katsu sandwich that they sell at Haneda as a sora-ben so good! :)

Hi Kat! I'm always tempted with those too. I had one from Mansei a while back. Love the cute packaging too. :)