A random picture of un-randomly placed donguri (acorns) at a random park during a stroll along the outskirts of Roppongi.. 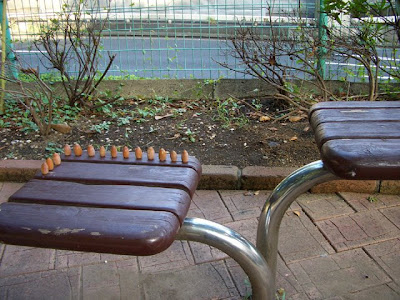 Is this a playful work of Totoro? Maybe more important, are acorns edible (since this blog is of my food encounters)? Surprisingly I found out they were. 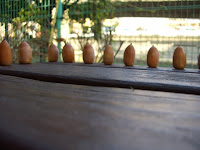 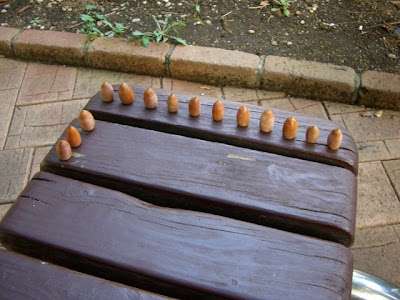 My original intent for starting this blog was to have a place to upload and share my food photos (and other things loosely related). While I considered using Flickr, I like the blog format because of its flexibility. Arranging content the way I see fit and the ability to add hyperlinks to text among other things.

Maybe that paragraph belongs on my profile page.. But anyway here are some photos I dug up from when my hobby of food photo-documenting started (a relatively short time of only 3 years ago). I sometimes wonder what it would be like if I had done this my entire life. The Thanksgiving Dinners.. The sad excuse of lunches served at my high school cafeteria.. My grandmother's Nakami-jiru.. I wish I had snapped them all.

These images are all from Summer/Fall 2005.
A bowl of Ramen (I think mini-size) at Harukiya inside the Shin-Yokohama Raumen Museum. 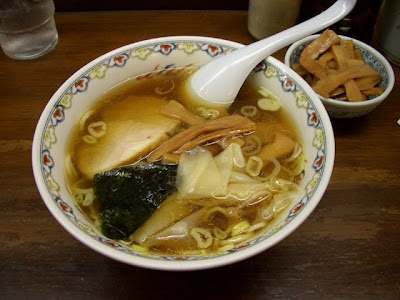 I loved the stronger than usual dried-fish stock flavor. The seven attempts at photographing the extra menma all turned out blurry unfortunately.. 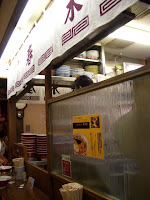 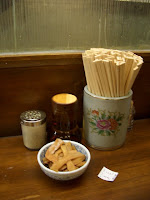 Including this one of the exterior. 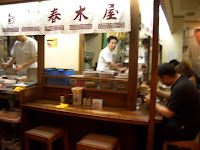 I was determined to try at least two but the lines were just crazy and the mini size actually was quite filling.

There is another food related museum in Yokohama. It is the Yokohama Curry Museum. Much like the Ramen Museum, this place exhibits many different styles of curries existing in Japan.
This one was from King Delhi. 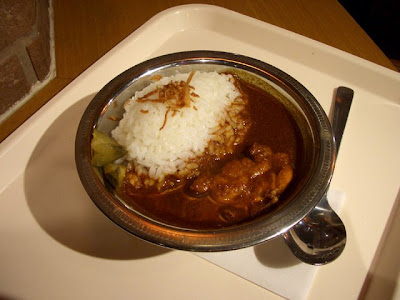 It was pretty much the only photo of the sampled curries that was acceptably in focus. Oddly the curry at this lower food court stall had left me with the strongest impression the day. 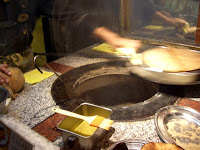 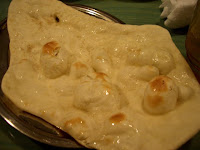 The site of naan being skilfully made from a tandoor led us into Hanuman. Below is the curry I had with. 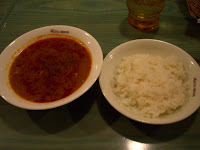 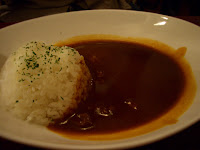 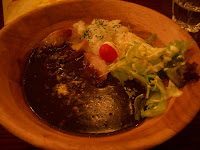 Another above was very velvety and am in the process of finding out its name, while the last I do remember as the Shonan Curry. The "toro" chicken was excellently fatty/tender but I was almost able to finish the small sampler in about 3 large spoonfuls. 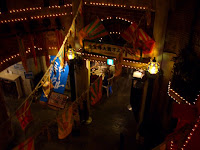 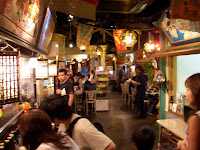 These small samplers weren't cheap (and this was after paying a fee to get in), but all in all it was a fun experience. (update: I've since found out that the YCM had closed March 2007.) This is how I imagine meals would be of people living in a space colony. 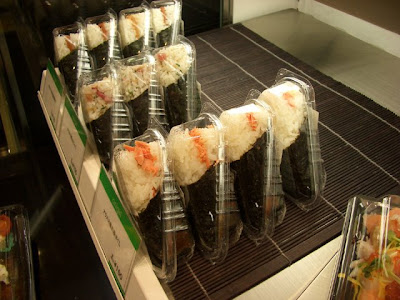 The individual Onigiri containers were very cool.
The cold noodles looked ordinary but they are displayed on a bias.. 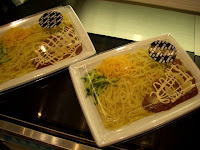 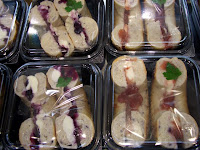 And bagels are sliced in half before being packaged to reveal the yummy contents. 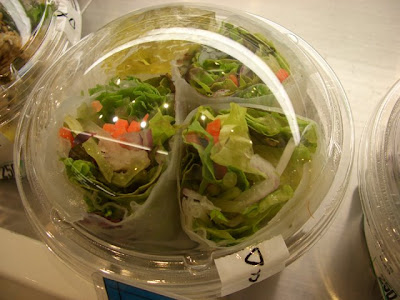 Even your ordinary veggie wraps when contained in a perfect clear dome look.. like they are from the future? ;)

What? You went to the Raumen Museum and only had one bowl??? You must have gone on the weekend. The weekdays are empty and 3-4 mini bowls in an hour is not out of the question (as long as your stomach can take it...haha).

Hi Keizo, I know a bummer huh?? At the time I was there working and so only had the weekends to explore. Even then, 4 mini bowls in an hour sounds crazy! ;)

So who put the acorns there? I'm dying to know if it *was* Totoro! heh heh

Happy New Year Edjusted! Seriously, it was a strange sight. And I only recently stopped believing in Santa Clause.. ;)

To a yellow Ranger

It is pleasant blog,