Boy have I come a long way writing about the Vietnamese rice noodle soup - Pho. I'm embarrassed to even provide this link to my hardly informational first of Pho Hoa (still one of my favorites spots).

Well, still learning a lot about Pho but I think I have a new most favorite in SD. Pho Lucky. 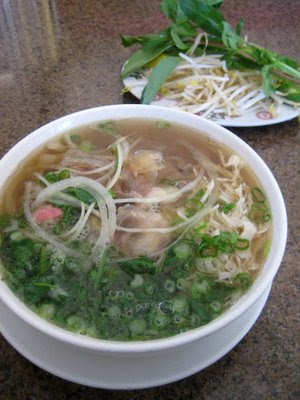 A little out of the way for me (especially from home but closer to work) but wasn't as bad as I initially thought. Maybe the Vista location came up on my original google search.. Here at least from North Park-ish town, I would take 15-fwy North, exit Mira Mesa Blvd (West bound) and you're practically there.

Pho Lucky's full menu here. While prices seem to have gone up slightly (judging by the relabeling).. 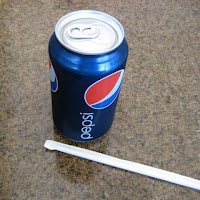 ..It was nice that a dine in order included a free can of soda.
And the Pho.. What a pretty bowl it was. Thinly sliced onions, scallions and cilantro topped the various cuts of beef. 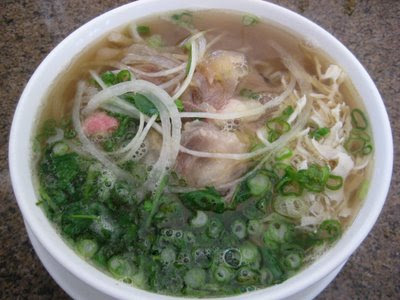 The very fragrant soup had a great medium hearty flavor to match. My closest comparison was the one from Pho Ca Dao but the soup here felt much more refined and with clarity (at least to my palate). 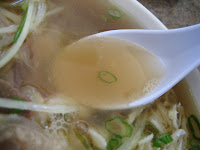 Had the small size ($5.25) and not to persuade anyone in not getting the large or even XL but the small for me is still a fairly good amount. The meats were relatively generous and both tender with flavor. I had the #5 with rare steak, well done brisket, tendon and (s)tripe(?). As good as the soup was I still asked for their side of Nuoc Beo "fatty broth" by habit. 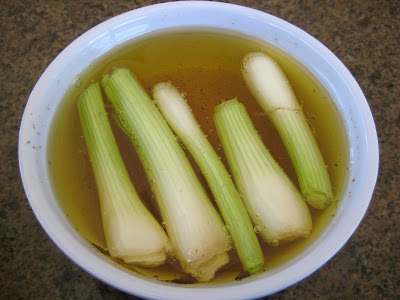 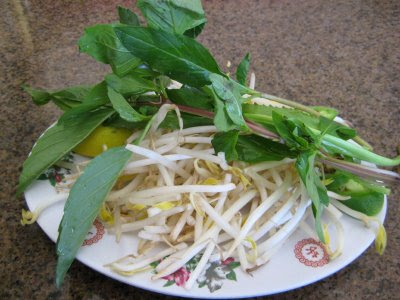 At least finally for this post though (unlike my others) I did enough digging online to see that my original hunch was right about the Nuoc Beo in that this oily concoction was simply the byproduct of the simmering process of the soup. But as a product of one from the hearty soup cauldron of Pho Lucky's would be, this particular liquid gold would be a liquid gold with an extra sprinkle of diamond dust. Pretty pimp stuff. 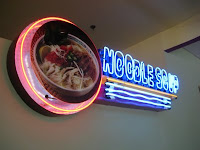 Speaking of, I never knew I wanted a neon Pho sign of my own until this day. I won't even turn mine into a functional clock. No, just for ambiance.

So with the addition of garnishes and some drizzle of Nuoc Beo the bowl looked like so.. 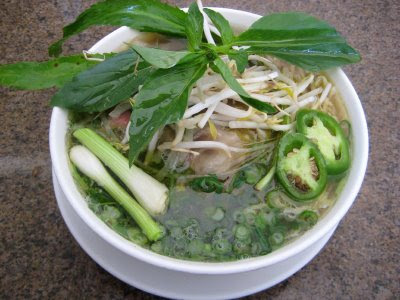 The Ngo Gai - saw leaf herb is not shown well but something that I also enjoy with my Pho and nice because a lot of places do not seem to provide it anymore. Finally a very good amount of noodles that were not over cooked and retained its texture all meant that it was going to be a darn good lunch. 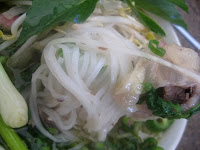 Still waiting for the day SD will have their own Pho with Fillet Mignon spot.. But until then I still feel pretty lucky to have a place like Pho Lucky.

Wasn't able to take too many photos of the Lucky Seafood Market where Pho Lucky resides. My camera's low battery signal had been flashing since my rice noodle shot and I knew I still wanted to get an exterior photo of the building.

These Indian Bitter Melons peaked my interest because although they where much smaller than Goya from back home.. 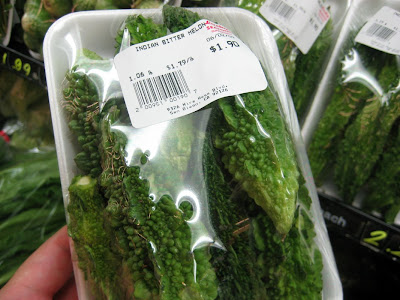 ..They had the much more defined candle wax like ridges that I was familiar with. Like Godzilla's back? 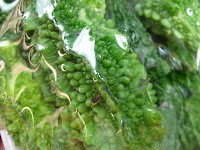 I wonder if they have the same bitterness concentration and intensity of the Okinawan Goya. Like ten wheatgrass shots packed into a single bite. My uncles used to have it cut wafer thin raw sashimi style(!). I much prefer it stir fried though, Goya Champuroo. What happened to all those WG shot bars anyway? 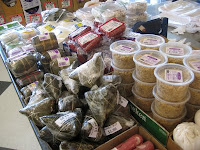 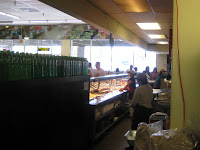 Many of the hot steam tray items looked good here as well but I'll save that for next time. SO Much Food. Will I ever get to try them all.. 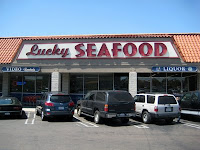 Hey Dennis - Pho Lucky is my favorite bowl as well. Also, try the Banh Mi Bo Kho when you have a chance.

Bitter melon/goya is forcefed to children in Burma as being good for you - I still don't like the stuff :(

Hey Dennis - are you Okinawan then? My friend is taking me to an Okinawan pub when I visit Japan - she says I should try Umibodou (??)

Hi Kirk I definitely will! I've only tried Pho Bo Kho and once at that. I'm sure Pho Lucky serves a mighty tasty one.

Hi meemalee, yes I'm originally from the laid back subtropical island of Japan that loves pork among other things.. :) I honestly haven't tried umibudou (sea grapes) but I love mozuku (stringy seaweed of sorts). Great lightly vinegared as a salad but love it as a tempura too. Can't wait to hear about your trip when you get back!

Yum, I'll have to ask for nuoc beo on my next pho outing. Is it on the menu or do you just ask for it? If it's the latter, I wonder how many other things are on the secret pho menu??

I tried umibudou at an Okinawan restaurant in central Japan and LOVED it. Definitely one of my favorites from the meal. The texture is great.

Hi Anjali, you have to ask for the nuoc beo.. I heard some say that in Vietnam the soups are typically already oily but people here tend to prefer a healthier broth so the fat is skimmed. I guess it's like asking for your salad dressing on the side, ha. But in this case it's rendered beef tallow..(!)

I'm glad that Okinawan food has gotten very popular over the years. I still need to get my aunt's rafute recipe!

Love Pho Lucky! But I never knew about nuoc beo. I'll have to try it next time I'm there. Thanks!

Hi cabcooks, I'm confused now if it's Pho Lucky or Lucky Pho.. but anyhow they were a nice recent discovery for me!

I was just saying to The Wife today that we should try Pho Lucky. I think your pictures and description have convinced her! Also, the FREE SODA helps.

Hi Fred, just a reminder that the bowl I had was from the Mira Mesa store. I heard the one in Vista isn't as good. Anyway thanks for commenting!