Get Your Unagi Appetites On! It's Doyo No Ushi No Hi..

I posted on Japan's National Eel Day or Doyo no Ushi no Hi on one of my ramblings last year. It was a late announcement but luckily 2009 was one of the rare years when the day happened to be observed twice (something to do with the complicated solstice equinox zodiac way of calculating the day). So anyway this year I've been determined to announce in a more timely manner so that we can all get our 2010 grilled eel groove started off on the right foot. Tomorrow, Monday July 26th. In the name of helping to build up our stamina so that we can all endure the grueling hot summer days ahead in good health (so I am told).. Let's get our Unagi appetites on! Allez cuisine!

A Doyo no Ushi no Hi post on Kat and Satoshi's Our Adventure In Japan Blog.. 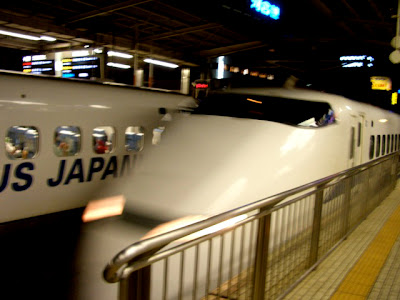 For today I dug up photos of a Japanese grilled eel dish derivative I had in Nagoya back in 2005 called the Hitsumabushi. I knew it was from a famous restaurant where the dish was supposedly invented but had forgotten the name. With a little google images reverse engineering search I found out it was Atsuta Houraiken-honten (honten - meaning original or main location). 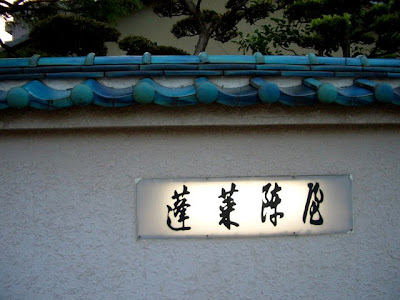 This place was super cool. Was basically like stepping into some baller person's Japanese mansion which to no surprise it was in fact originally a Ryoutei at one time and if I heard the youtube interview right they have been around since Meiji 26 (or 1893). I remember totally smelling the eels being grilled from the dense sweet smoke coming out through the kitchen's vent out back. Drool. 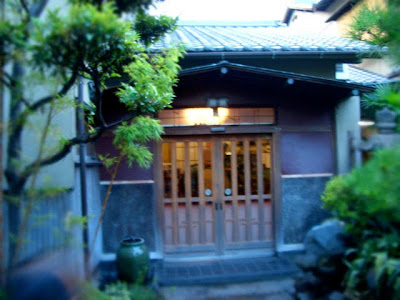 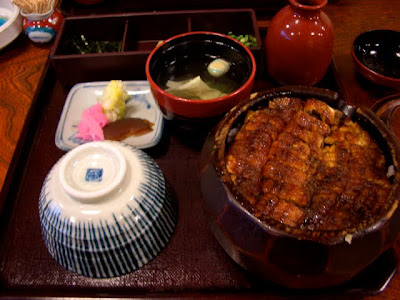 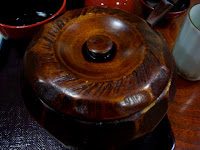 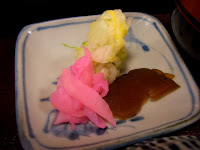 The Hitsumabushi partly gets its name from the circular wooden container - a Hitsu.
Mabushi I guess means to mix rather than sprinkle which is the word for Chirashi that most are more familiar with probably. 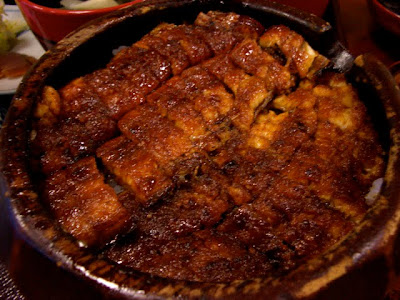 The grilled eel is cut into smaller pieces so to be able to mix with the rice. But what is also unique to the Hitsumabushi is that you are encouraged to enjoy it several ways. Naturally first by itself.. 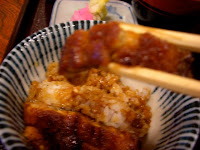 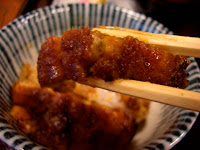 My four attempts to get a good 'chopstick macro' all failed (was back when I had my old camera). Anyhow then second, you're recommended to try the rice and eel again with several yakumi condiments. 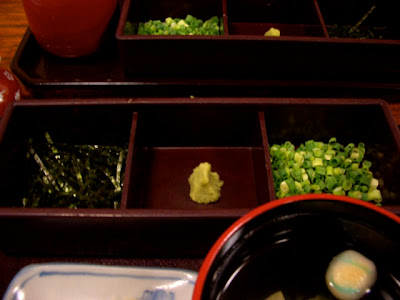 Here some finely chopped negi chives, wasabi and shredded kizami nori. There are a few different pickles to nibble on in between as well. 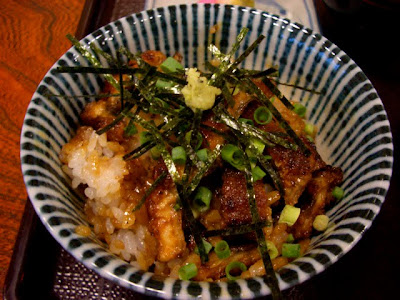 Totally yummy. By the way the quality of the eel was absolutely superb. Nothing like the sad balloon shaped blubbery stuff you find sometimes in the markets. The ultra fine texture of the meat is consistent from head to tail, and maybe with a slight more chew than the fluffy less oily Tokyo-style since it is not pre-steamed and instead grilled directly over binchotan charcoal. You can read the difference between Kansai and Kanto style of cooking unagi on Kyoto Foodie here. 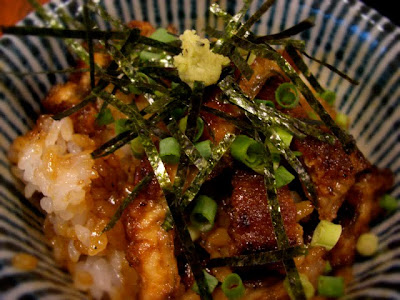 A nice osuimono broth break. I think that was yuba tofu skim in the center and the balls were wheat gluten bread called fu. This colorful festive variety that resembles a child's hand ball is temari-fu (手まり麩). 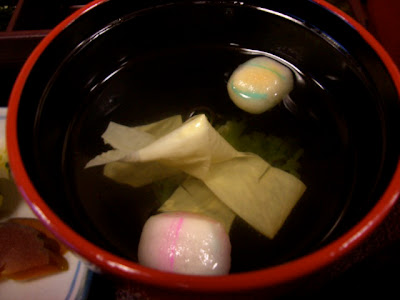 On a side note, when I have friends that ask me about what "Umami" is I try to explain it's what makes a perfectly clear light broth have body and flavor and not taste like water... The invisible umph. I don't know, maybe that's not a very convincing explanation. But both kombu kelp and katsuobushi dried/smoked bonito which are the base of basic Japanese dashi stock making are packed with the stuff. 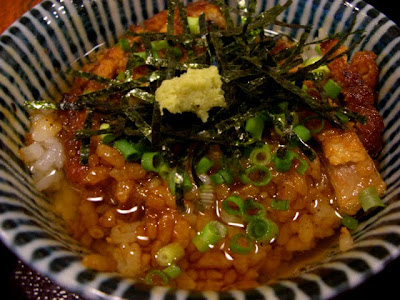 The third way to have the Hitsumabushi is Ochazuke style with (in this case) a light broth poured on top (but as the name suggests hot tea is often used also). After you've tried the dish these three ways, you can then have the rest of the meal the way you most prefer. Thank goodness! ;) 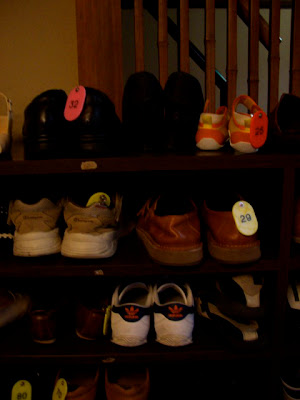 Nijiya-SD is currently having an Ushi no Hi sale by the way that ends tomorrow. So whether it's in a more formal unajyu box or casual donburi bowl, grilled plain or slathered in sauce, as nigiri, a roll or chirashi-zushi form, whichever way you choose to have your Unagi make sure to have some tomorrow! :)
Posted by Dennis K. at 1:50 PM

I love unagi and my stomach is growling right now so loud, it's embarrassing.

Haha, don't be embarrassed CAB, it happens to me all the time.. ;) I love unagi too and I have to moderate myself so that I don't OD on the stuff cause it's kinda rich.

This reminds me of a similar dish I had at the Peking duck restaurant here. A big steamer of sticky rice with unagi on top. It was a huge steamer and I think my siblings and I ate the whole thing!

That sounds really good! :) The Hitsu is also typically used to contain rice for the table. BTW how was the eel flavored in the dish you mention? There is Shirayaki in Japan which is eel grilled plain without sauce.

Wow really curious and interested to see WC! I'll be definitely looking forward to it. :)