You can often learn something about yourself when blogging. And you can learn something of others when blogging about food. Probably the most accessible means in firsthand witnessing adaptation within cultures and their diversity is to study a meal composed on a plate. Further taking the time to understand the dish's background and history strengthens appreciation which I feel ultimately leads to open-mindedness and honing of one's skill to empathize. Long story short, Chopstix, I come in peace. You were very packed with people the day so why should you care. But in any case I really enjoyed your Spam Sushi Roll ($3.50). 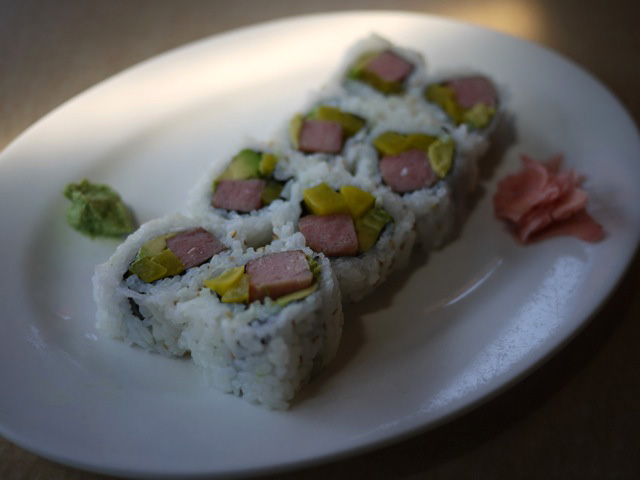 I randomly visited Chopstix Too breaking my five year or so blank in hopes of preemptively extinguishing a potential hunger driven shopping spree at Mitsuwa later on. Was craving then a classic Katsu-don (I would've totally dropped in Yoshino if they happened to be closer), but would be that I will discover the already very Americanized Japanese menu at Chopstix-2 seemed to since have further evolved with an additional list of what looked to be Island inspired offerings. 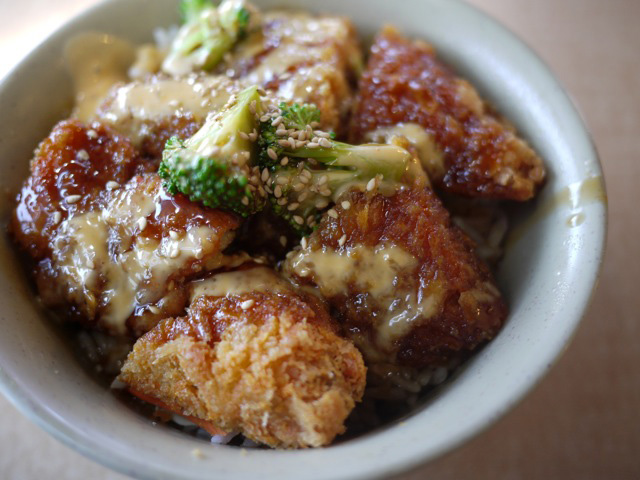 None of the donburi descriptions referred to meats simmered together with onions in don-tsuyu and sealed with wiggly egg. Instead most were flavored simply with Teriyaki sauce. So my Plan-B was this handsome looking Fish Katsu Bowl. I actually did enjoy the spicy mayo portion. The very sweet teriyaki though became a bit much for me personally halfway into the meal. If I could have it my way I imagined a version with a lightly tart and less sweet Nanban sauce with maybe a small dollop of creamy and light Asian tartar sauce. Not the least bit calorie conscious but something with more interest and perhaps a tad less cloying. 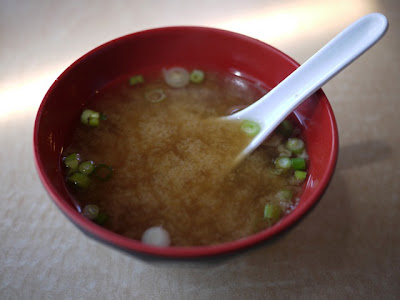 Still at $4.95 with Miso Soup, was not a bad deal at all where I could see myself asking for the Calamari Katsu Bowl next time if I could request sans the teriyaki syrup. As I mentioned earlier I enjoyed most the Spam Sushi Roll the visit. The brand name pork luncheon meat cuts were heated on the skillet beforehand for optimum flavor, then rolled along with texture and flavor contrasting takuan sweet pickled daikon and creamy avocado. A simple savory treat I found pleasing to snack on dipped in wasabi shoyu and easily worth the $3.50 in my humble opinion.

Ditto on the Spam sushi roll!