Hello there! Been eating and documenting my meals plenty but have had a severe block in the writing department this month for whatever reason. From experience I know it's best not to force things and just let the slump run its natural course. But managed to do this quick post tonight so that I'd at least have something for the month of April.(!) Anyway, hope to be back 100% in May...

A few weeks ago I accidentally discovered the food collection of the emoji function on my iPhone when an onigiri icon popped up while typing Japanese. After some fiddling I found the full collection can be accessed by going into your Settings/General/ and activating the special Emoji keyboard. 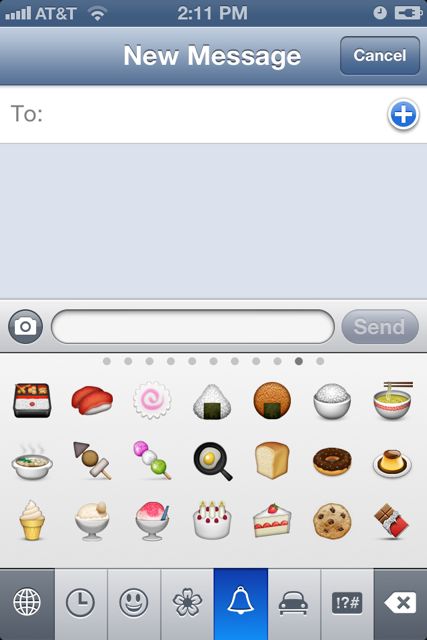 Bento box, sushi, ramen and hamburgers and even Curry Rice with a side of Fukujinzuke pickles. I think my bases are covered, haha. 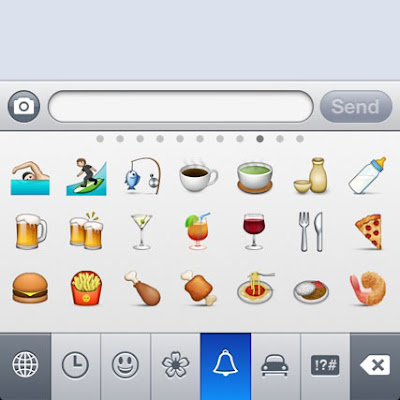 Below a pop-up cat kaiten-zushi card I found in the bookstore of Mitsuwa Costa Mesa. The sushi carousel actually rotates as you open the card. So cute! 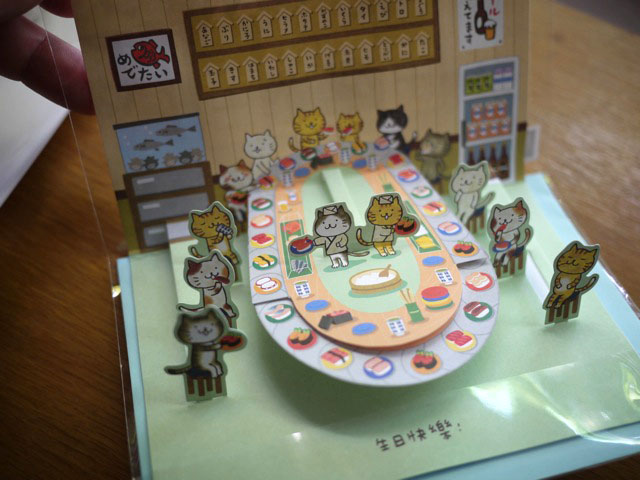 Bento and Onigiri playing cards. Interesting but passed because I had already purchased a bunch of stuff the day... 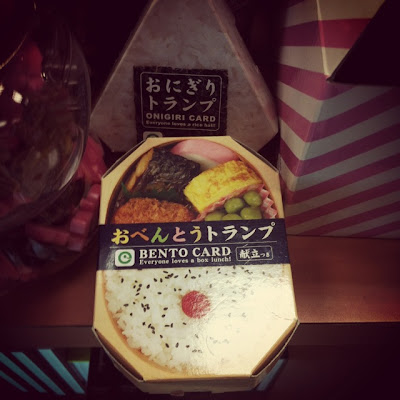 Like this book called "Pan to Ippiki." About a bread loving dog and the breakfasts its owner would create. Includes a few recipes. 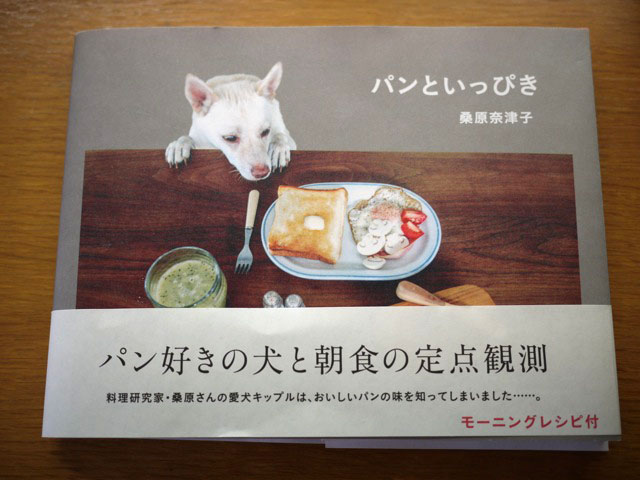 Reminds me some of the beautiful stuff out of Brooklyn based Simply Breakfast blog, only minus the adorable dog of course. :) 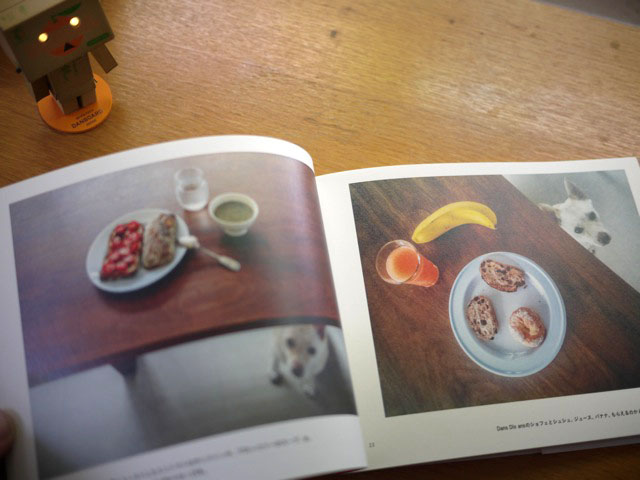 Also picked up a mini Danboard figure. There were a few variants and while the TAMIYA version was really tempting, I ended up with the Ehime Mikan (Ehime tangerines). I didn't know the eyes lit up until I opened it at home. 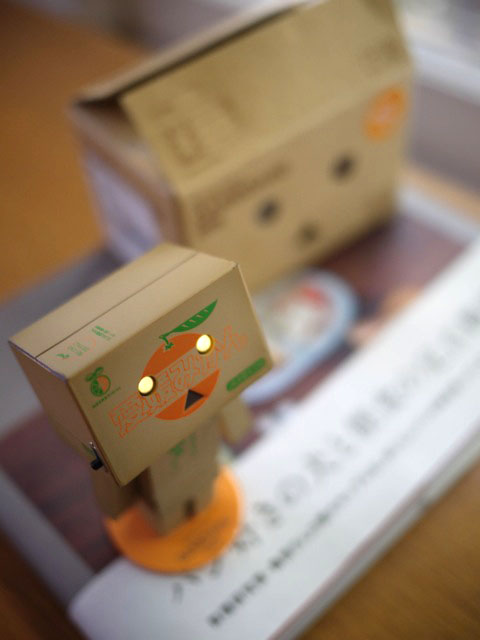 These boxy characters aren't a new concept (like the NHK Robot Paruta and Suzuki from Sony's Dokodemo Issyo series) but I really like the infinite potential of the recycled cardboard box reference of Danboard.

Last, a little sweet treat from Mochi Cream. So far I've only seen the shop outlets in the Costa Mesa and Torrance locations of Mitsuwa Market. The shot below is from Torrance a few weekends back. 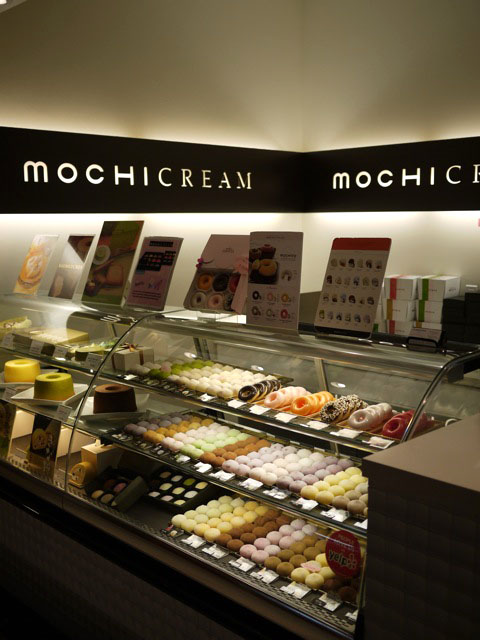 The round orbs are your Daifuku mochi with an assortment of many non-traditional fillings. I was told the equally pretty donut looking were more of a Warabimochi based. They all come frozen when purchased and you need to thaw them in the fridge before having. 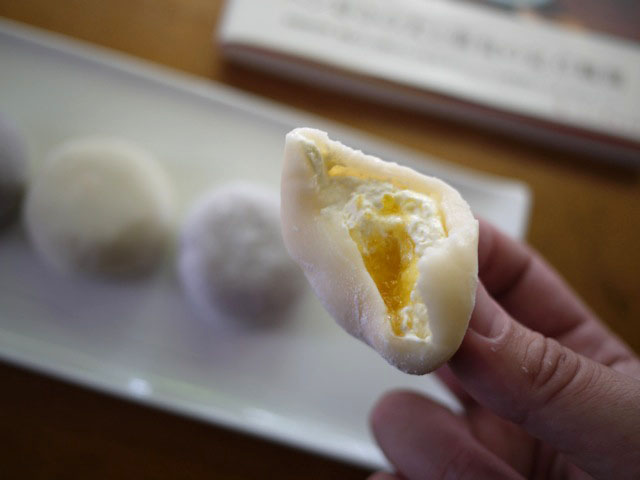 They're not exactly cheap averaging a ~$1.90 a pop but the Double Mango flavor was super good.(!) Filled with some whipped cream with a center of intensely mango-rich filling. 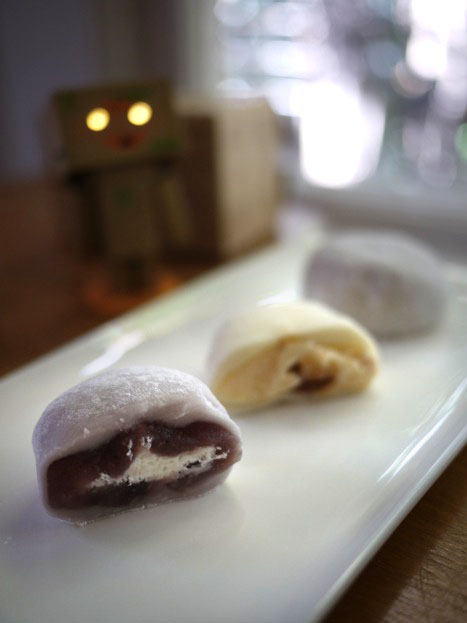 The Blueberry Yoghurt and also Apple Pie was equally as delicious. The apple pie filled had some crispy crust bits that added a nice contrast in texture. The only one I surprising didn't care too much for was the Rum Raisin which was good but didn't exactly 'wow' me like the others did. 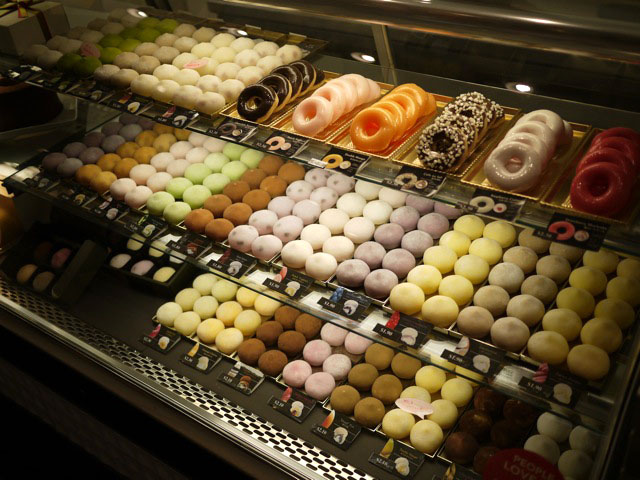 It's maybe hard to see buying these for myself again (one, I have a severe lack of sweet tooth...) but I think it's the perfect gift to bring over when visiting friends or other special occasions. I think a quantity half-dozen or more comes packaged in a deserving nifty box.
Posted by Dennis K. at 11:43 PM 8 comments: