I can't remember the first I heard but there's a saying I had come across in the foodiesphere that sort of went by, "There's nothing that would start an argument quicker with friends than topics of Politics, Religion, and where to find the town's best Sushi..." 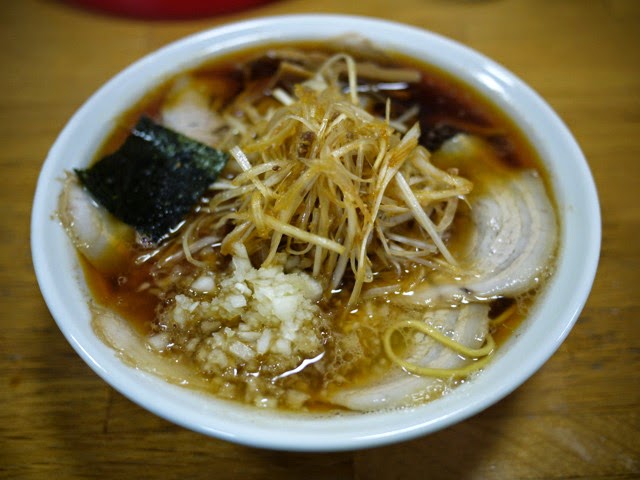 In fairness the list could infinitely go on, and as long as there are no shortages of passionate and loyal devotees to Burgers, Pizza, Philly Cheesesteaks, Hotdogs and even Sliders - not limited to elite epicures. Fortunately, politics and religion never come up with my circle.

I further diverge here but the story of Nigiri Sushi (nigirizushi) is an interesting one where many may find distant from the highbrow thimble-sized lustful bites. Early illustrations of nigiri show something much more hefty and democratic, resembling maybe an Omusubi rice ball in portion (in fact I've heard the custom of serving two nigiri's per order have come from early purveyor folks cutting the blunt snack in half for easier consumption).

A quick fast food bite sold at outdoor stalls for those hustling kimono sporting Edo proto-Tokyo urbanites. During these times without refrigeration, Wasabi, Shoga ginger, Shiso and also the vinegared rice all serving as preservatives and/or preventative measures for a potentially upset tummy, dealings with room temp seafood. So a bit of irony (or not) that one can say the concept of edomae nigiri sushi revolves close (pun intended) to those accessible and affordable carousel joints at least in origin. While by all means I'm first to appreciate refinement and distillation, I do embrace all.

I'm not sure if the analogy exactly fits this long belated post but I guess what I've been wanting to express is that there is ramen, ramen and ramen, and a lot of the ramen focused blogs out there seem to lack empathy to rustic bowls, the humble shops who produce them, and the long loyal local patronage that supported which as a whole without a doubt was the foundational bedrock of the later to come media driven craze.

I can understand the agenda but are these Ramen fans or Gourmet Ramen fans? The term only a few decades ago an oxymoron. Not sure but I can safely say I'm the former and as long as an honest hardworking shop is doing the basics right (and that is key here), I diplomatically embrace them all as well. Throw in factors of personal taste, maybe even your metabolism at a given age (ha), longtime memories of good company with friends and family, work or pleasure, and we have something like any a flux of great to good. But perhaps most important, something irreplaceable. If I'm not making any sense that's fine cause it has been raining and I'm in total rambling mode. 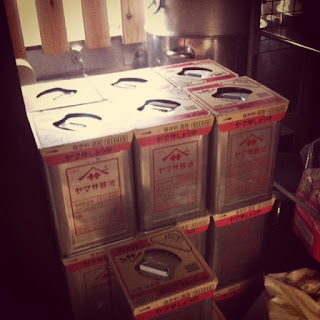 I was excited to finally try Min Min Ramen for many reasons. One, I'm always up for a deep Shoyu ramen which is rather hard to find here. Second, it's a Hachioji style which I haven't tried, and last but foremost, they are my close friend's family's favorite shop, particularly the dad who had unfortunately passed away several years ago. It was really nice of them to make the time in their schedule to share as it was a small trek out.

I'm not very familiar with the city of Hachioji, but what I gathered a basin city of Tokyo surrounded with mountains, known for its many colleges and otherwise quiet suburbs. The style of ramen found in this area is characterized by a shoyu flavored chicken based soup topped with iconic chopped yellow onions and good down coat vest of glistening lard. 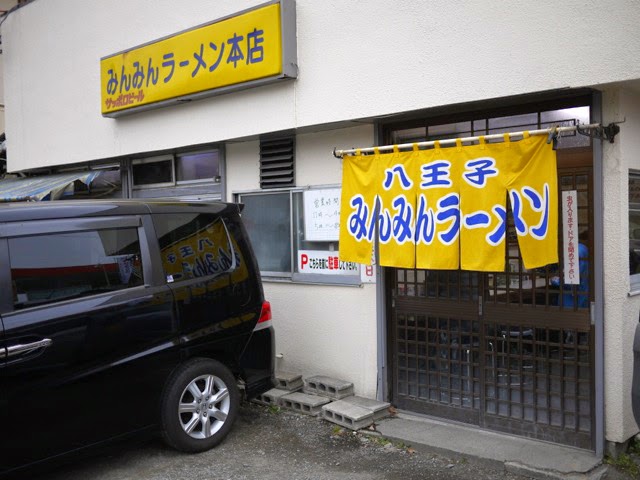 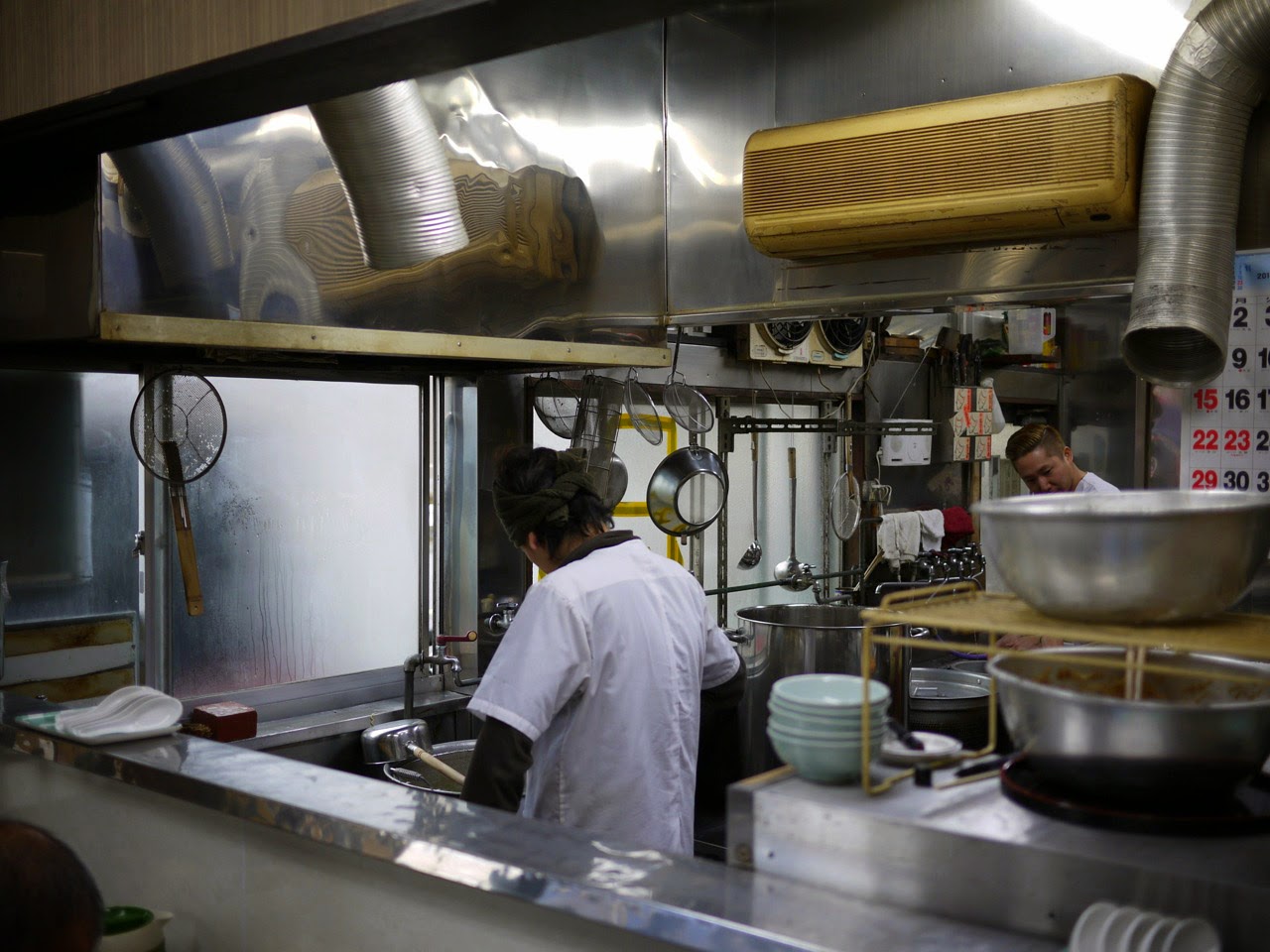 We pull up to the roadside prefab shack and as I enter immediately notice a nice subtle scent of shoyu. Steamy cauldrons and folks friendly but simultaneously all-business in the open kitchen gets my heart rate up.  Dining is at a smaller tatami room at back where long and low tables are communal. Customers were a mix of young family with kids and blue collar types on their break. My heart is already won. 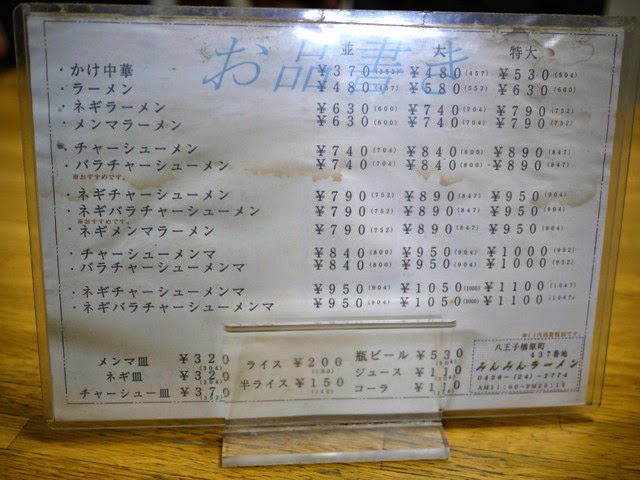 The basic regular size ramen at 480-yen is under $5 and I find also heartwarming. With topping options and larger sizes, bowls can hover in the 1000-yen (~$10) range. My regular size Negi-BaraChashu-Menma which seemed popular the day was 950 (~$9.50). If I remember right my friend ordered a large serving of the Chashumen and the missus same but with request of a lighter soup. 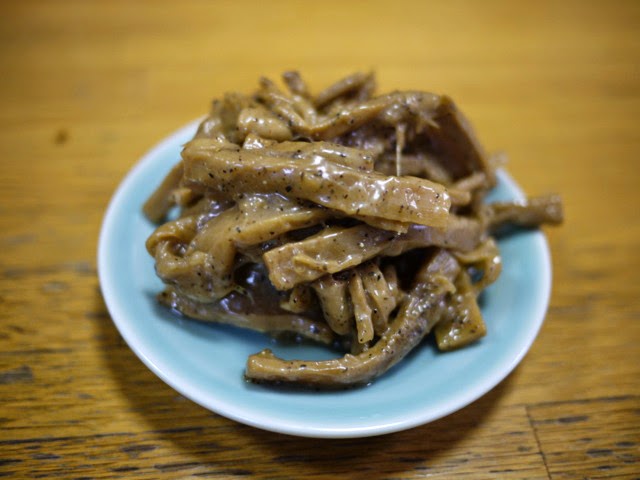 While we waited we enjoyed a plate of the house menma (marinated bamboo shoots). Came with a nice coating of seasoned lard, slightly set due to how frigid cold it was the December day. Crunchy, salty and full of flavor - no brainer delish. Call it the workingman's amuse-bouche but my bouche was amused and I'm more than ready to sink my teeth in the bowl to come. 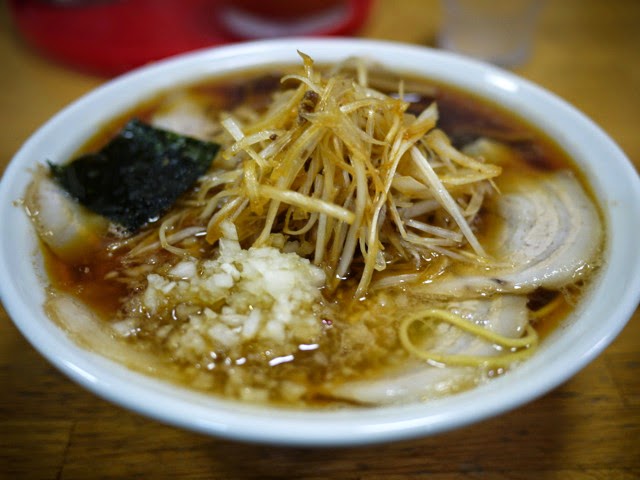 Above, Min Min's Negi-BaraChashu-Menma in all its rustic shoyu glory. Both machine and hand chopped onions are used at Min Min for additional texture. My order means that I get some shredded negi Japanese leeks in addition which were lightly seasoned. Pork is also upgraded to a fattier and tender from-the-belly that encompasses the bowl like a smiling porcine sunflower. Small sheet of Nori seaweed and more of the Menma bamboo shoots complete. 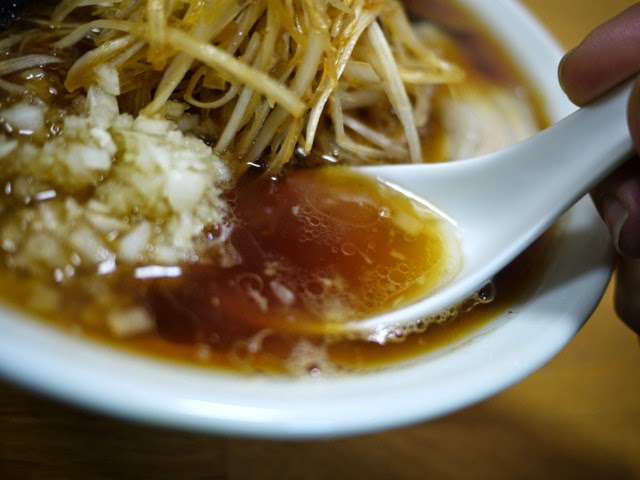 The visually delightful caramel colored soup doesn't disappoint in the shoyu flavor department. With a punch but also surprisingly without edge and rounded despite. It also has depth and plenty of umami thanks to the chicken stock blended with some dried fish (I hear a combination of katsuobushi and aji (mackerel) bushi) which unfortunately most often gets played down here in the states. I didn't use any condiments but there were garlic paste, toubanjan chili sauce, and dried bonito katsubushi flakes that looked to have been seasoned in shoyu (though not to tsukudani level).

The layer of fat keeps the pungency of onions at bay and adds a light sweetness that only pork lard can contribute. The yellow noodles that are a straighter and edges on the thinner side of medium-thickness is chewy with a great springy texture. Similar to when you come across a great cheeseburger, the bowl is everything I want in a shoyu ramen, void of anything unnecessary. And if lack of pretension can somehow be considered a seasoning, the honest tone sings. 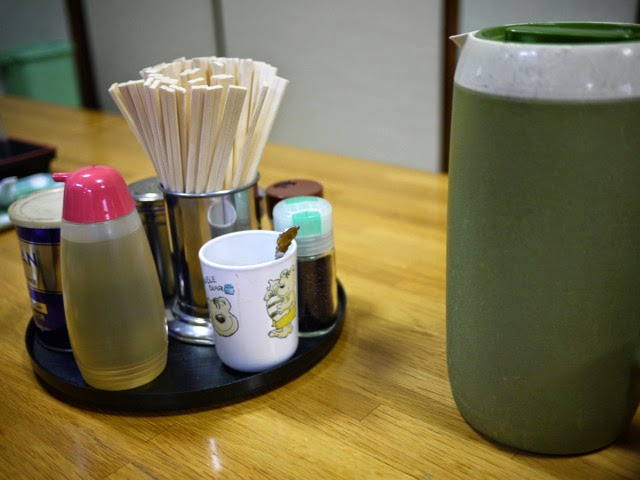 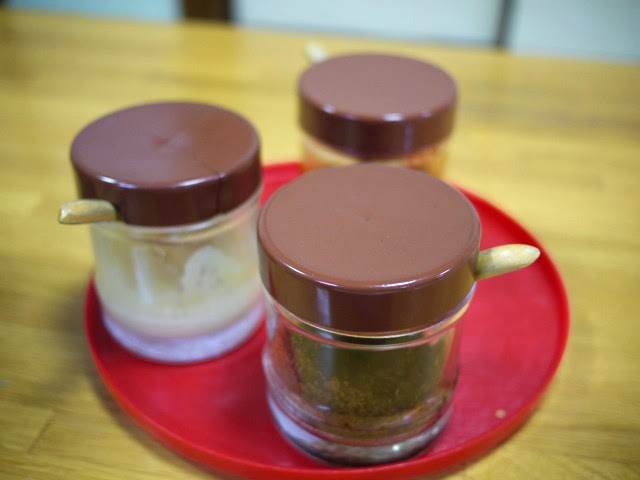 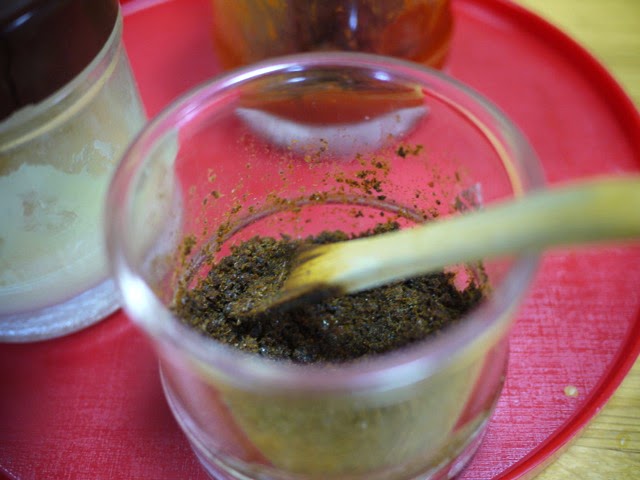 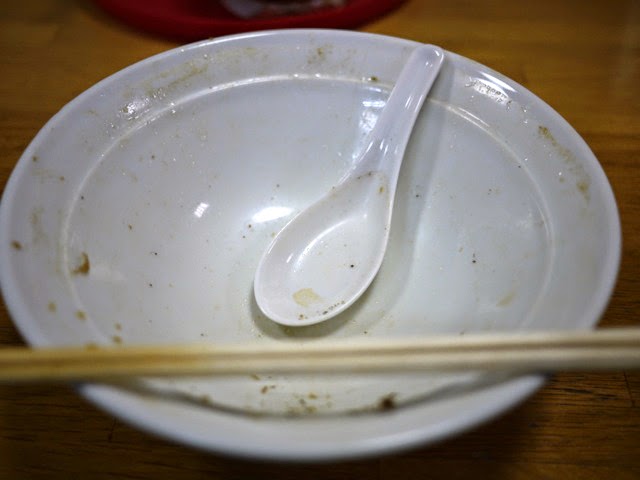 While the meal was definitely great, the small trek and appreciation for friends sharing their family's favorite made it an even more memorable event. It's places and similar memories from childhood like these that originally made me a fan of ramen. The day also something irreplaceable, good times and I look forward in doing this again.
Posted by Dennis K. at 10:52 AM 5 comments: